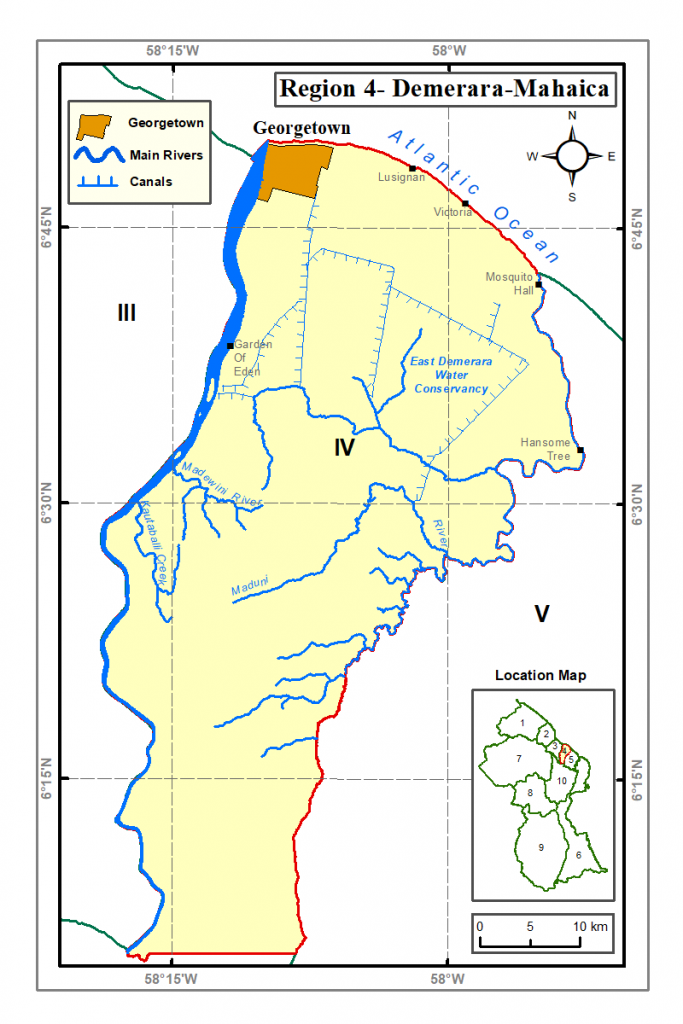 The Demerara/ Mahaica Region extends from the East Bank of the Demerara River to the West Bank of the Mahaica River along the coast and to the South by the Moblissa River. The region has an area of 835 square miles (2165 square kilometers). It is predominantly the Low Coastal Plain, with a small portion of the Hilly Sand and Clay Region in the South.

Location: This Monument is located at the junction of Vlissengen Road, Brickdam, Homestretch Avenue and Hadfield Street. This area is called the Square of the Revolution.

History:  The 1763 Monument was erected in memory of the first blow struck for freedom on February 23, 1763. The Structure was sculpted by Mr. Phillip Moore and was unveiled on February 23,1976 to mark the 10th  Anniversary of Guyana’s Independence.Day of Remembrance : 23rd February