Most of the population live in the low coastal plain 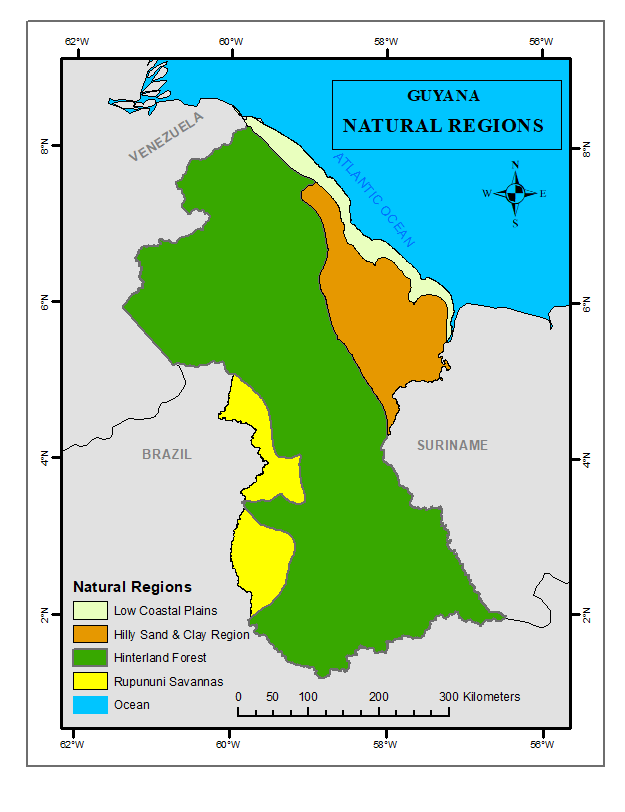 Guyana can be divided into four main Natural Regions: