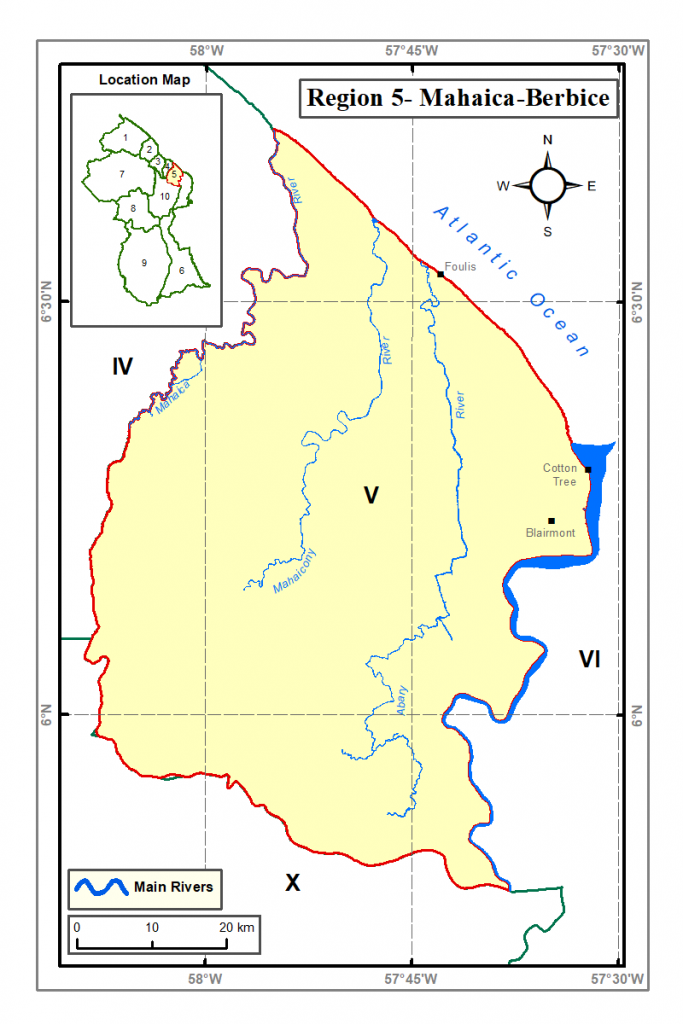 The Mahaica/Berbice Region extends from the East bank of the Mahaica River to the West bank of the Berbice River. The region has an area of 1472.47 square miles (3813.67 square kilometers). It comprises of the Low Coastal Plain, the Hilly Sand and Clay Region and the Hinterland Forested Regions.

History: Once the Capital of the Dutch Colony of Berbice, Fort Nassau is now a 17th Century ruin of a seat of Government, which is now also known as the base from which the famous 1763 Rebellion had its origins.

Built by Abraham Van Pere, a Dutch Merchant, in 1697

There are also grave plots and a church. Some suggest that there is also the “Talking Tree” of Fort Nassau, which is purported to have been used to send messages during the 1763 Rebellion.

The French burned the original Fort in the year 1712, but the Dutch rebuilt it. It
was destroyed by order of Governor Van Hoogenheim in the year 1763 to prevent its capture by the Rebelling Slaves. The Fort was eventually abandoned by the year 1785, and the new settlement, named Fort St. Andries, was created downstream. This new settlement eventually became the town of New Amsterdam, as it is known today.