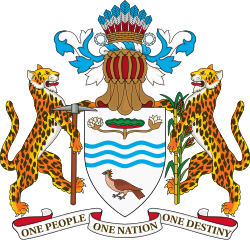 The Coat of Arms was selected on the recommendations of the National History and Arts Council and approved by the College of Arms, England. The House of the Assembly accepted it on Friday 25th February, 1966.