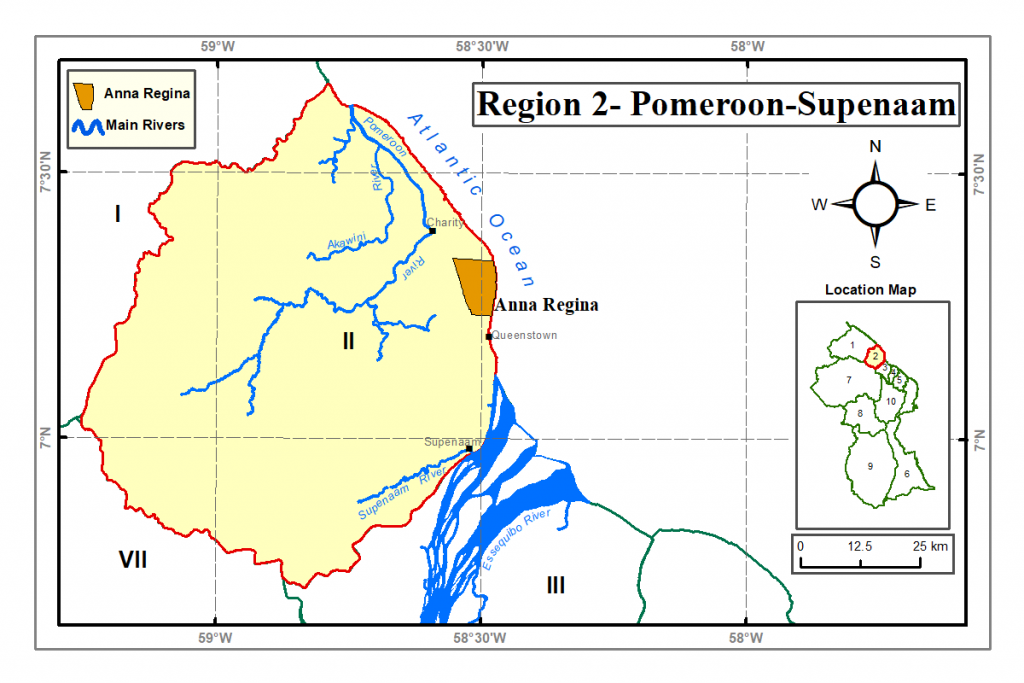 The Pomeroon/Supenaam region extends from the North-West by the Pomeroon River and on the South-West by the Supenaam River along the coast. The region has an area of 2140 square miles (5560 square kilometers). It comprises of the Hinterland forest, the Low Coastal Plain and the Hilly Sand and Clay Region.

Location: Damon’s Monument is located in Anna Regina on the Essequibo Coast.

History:This Monument honours an African Labourer called Damon who was executed on October 13, 1834 for his role during a protest against the system of apprenticeship.The bronze sculpture was created by Ivor Thom and erected on July 31 1988.